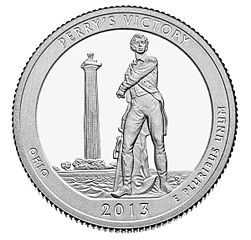 On the reverse of the coin, there can be doubling along the side of Perry’s coat.

There are several varieties that look similar. More pics to come.

2 thoughts on “2013 Perry’s Victory Quarter Error, Wrinkle on the coat”